In New York, Many Holocaust Survivors Struggle to Get By

A coalition of groups seeks $1.5 million from the city to help aging survivors

Watch an excerpt from a 2002 interview with José Urbach, a New York City-based artist who lived in a concentration camp in Poland as a young child in a clip from the film ”A Question of Sunlight.”

José Urbach’s earliest memories come from a concentration camp in Poland, where he and other children survived by hiding between flea-bitten mattresses during the daily SS officer inspections.

After the war, Mr. Urbach married, moved to lower Manhattan and carved out a career as an award-winning artist and project manager at a downtown company. He witnessed the Sept. 11, 2001, terrorist attacks and began having nightmares. A few months later, he and his wife lost their jobs when their companies downsized in the aftermath. At 62 years old, he couldn’t find a new job.

Mr. Urbach, now 75, is one of about 30,000 Holocaust survivors in New York City, Nassau, Suffolk and Westchester living at or below the poverty level, according to experts and advocacy groups.

“It’s tough,” said Mr. Urbach, his sharp blue eyes darkening in his cluttered, third-floor walk-up apartment. He sometimes needs to borrow money for food and to cover his checkups for prostate cancer, which he battled two years ago. “It’s very tough.” 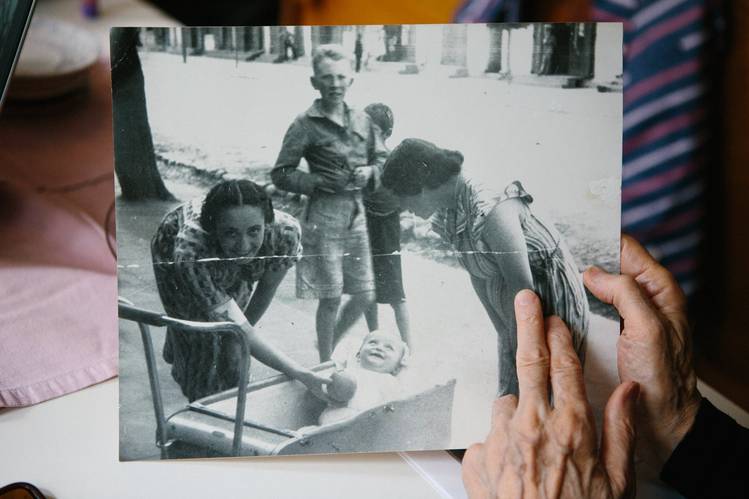 José Urbach holds the only surviving photograph of his mother and himself as a baby before the war. Photo: Cassandra Giraldo for The Wall Street Journal

With family networks wiped out during the Holocaust, many survivors live alone, experts say. Others suffer from medical issues that can be traced to malnutrition and torture during the war. For some, their trauma has been revived by the Sept. 11 attacks and superstorm Sandy, which forced them to flee their homes.

Now a coalition of 15 groups is seeking $1.5 million in City Council funding to help them reach the neediest Holocaust survivors.

“It’s not something we can look back and say, ‘We can help them in the future,’ because we can’t,” said Meredith Burak, chair of public-private partnerships for the Survivor Initiative, a nonprofit agency that organized the lobbying effort.

The money requested from the city “would be a drop in the bucket,” acknowledged Ms. Burak, 31, who, like all members of the Survivor Initiative, is a volunteer. “The problem is massive. But it certainly would be helpful.”

From 2005 to 2008, the city provided some funding specifically for Holocaust survivor services, but it was eliminated during the economic downturn.

Survivors have an average need of around $5,000 a year to cover gaps in medical, food and emergency services, many advocates estimate. There is no reliable estimate for how many survivors are being reached. The largest organization, the UJA-Federation of New York, and its network agencies, currently serve around 13,000 survivors, officials said. That means fully meeting the needs of all 30,000 poverty-stricken survivors could require an additional $85 million annually.

The need may endure through the next decade. An analysis of demographic data by Selfhelp projects that 23,000 survivors will still be alive in New York in 2025. 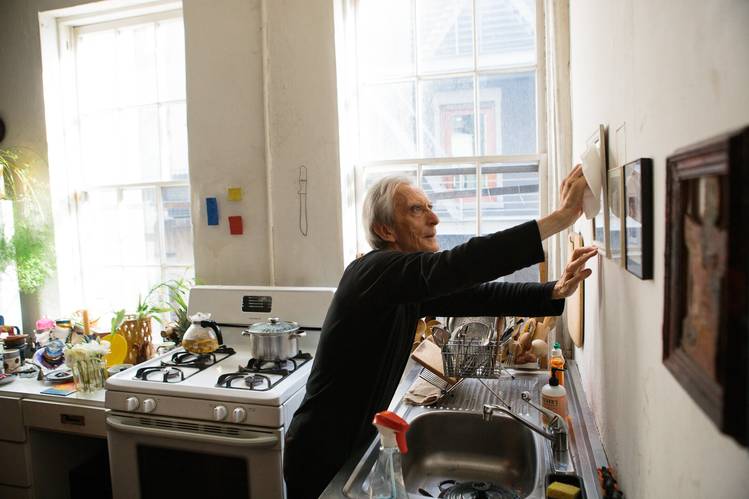 “We need to really help make the burden a little lighter for these people in the last years of their lives,” said Elihu Kover, vice president for Nazi victim services at Selfhelp, estimating that its 5,200 clients range in age from 70 to 105 years old.

An April rally at City Hall drew council members from a diverse range of backgrounds and neighborhoods. “We can’t undo the horrors of the war,” said City Council member Mark Levine, who leads the 14-member Jewish caucus. “But we can do a small but important thing, which is help this heroic generation live out its final years in dignity.”

Adela Kraus, 88, survived a Hungarian ghetto during the war. Overnight, “our best friends became our enemies,” she said.

After the war, she married and settled in Borough Park, Brooklyn, where she and her husband raised three children.

Her husband of 57 years died almost a decade ago, after a long struggle with Parkinson’s disease, she said. Shortly afterward, Ms. Kraus’s landlord also died and her building was sold. After 40 years, she needed to move.

“I was in complete shock,” she said. The small, one-bedroom apartment her children found could fit only a fraction of her belongings, accumulated over a lifetime. She got rid of nearly everything.

Her lifestyle “changed from being comfortable to being poor,” said Ms. Kraus, still spry despite balance issues that caused a recent fall. “According to what we went through we should live a better life now.”

“Once there are no more survivors to serve, that’s another conversation,” said Masha Pearl, executive director of The Blue Card. “But right now the needs are so high it’s crazy.”

Some survivors are still waiting to return to their apartments after being forced to leave following superstorm Sandy. For others, it is already too late.

Elizabeth Sollosy was deported to Auschwitz in 1944 and survived by working in a factory. After the war, she married and moved back to Hungary, only to go through the communist takeover. After the failed 1956 revolt against Soviet domination, she and her family escaped again, this time to Long Beach, N.Y., where a relative had settled. 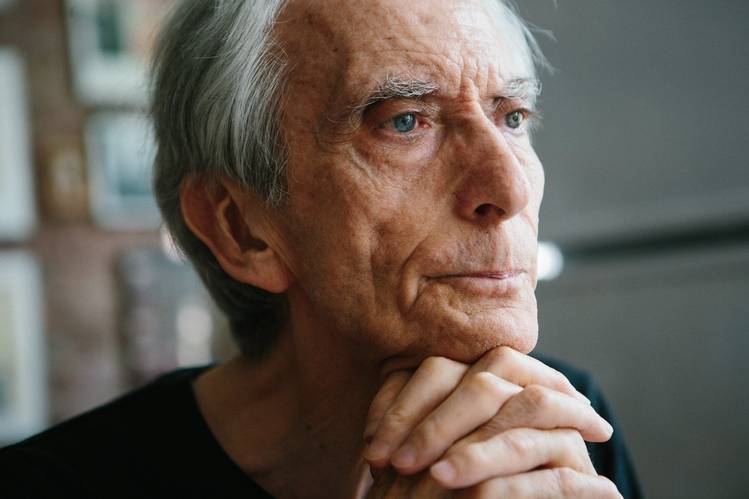 Ms. Sollosy lived for decades in a small, fourth-floor apartment there. After superstorm Sandy knocked out her building’s elevator, Ms. Sollosy, then 90, went to live with her daughter in Tulsa, Okla., expecting to stay for a few weeks.

But when she arrived, “she was a shell of herself,” said her daughter, Klara Bode.

It took several months for the elevator in Ms. Sollosy’s building to be fixed. By that time she and her family realized she couldn’t go back to live alone. She died in November, in Tulsa, at 92.

Write to Sophia Hollander at sophia.hollander@wsj.com