Hey Whitey: There’s No Big Sky-Jew Rescue for You 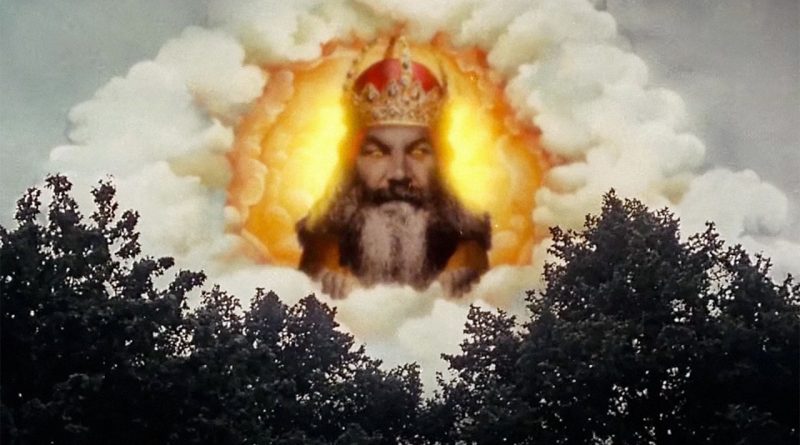 Most Whites purport to worship Yahweh’s alleged son, Jesus, whose existence was allegedly (as alleged by Christians) prophesied in the Torah or Old Testament. This kosher connection is carried forward in the so-called New Testament, as in Matthew 15:22, in which a “dog”of a Gentile woman addresses Jesus as “thou Son of David”. As a White man, such language means to me that Jesus was a Jew, that is, one who practices Judaism based on the Torah, etc. Since the alleged Jesus spoke Aramaic, a Semitic language, he would have been a Semite, like any rag-head or camel-jockey. This means that Jesus was not an Aryan, even if he existed, and that he and his daddy, Yah, were Jews.

If there is a Jewish god, then Aryans can expect to become extinct, for it is stated in The Talmud that “the best of the Goyim shall be killed.” All we have to do is continue behaving as we do, and our end is sure.

But, let’s suppose that there is an Aryan god. If so, then every White living in North America should be afraid, very afraid, for we all bear The Mark Of Cain. Our race we slew for the inner Jew, first in the Civil War, then twice in the 20th century. The Jew god allegedly punishes a people “unto the fifth generation”. No wonder American Whites are being punished so terribly! Of course, the punishment is self-inflicted, but it is punishment, nevertheless. Were we to have permitted the Luftwaffe free access to our sky in World War II, and allowed the Jap air force to do as they pleased, our cities and way of life could have survived in much better fashion than they have under our own folly!

Yes, we are punishing ourselves, but most of us are so jew-dazed we don’t know it. One can argue that a sinner must be aware that he is being punished for his sins, for that is what distinguishes punishment from the treatment meted out to cattle in a slaughterhouse, or to an unsuspecting pedestrian who is killed by a car. Were the cow able to reflect upon how it got slaughtered, it might understand that its demise was the result of its own actions. The dead pedestrian would likely understand why his lack of caution brought him to the mortuary. If it were possible, posthumously, to reflect upon one’s demise, as it is still possible to reflect upon one’s folly when one is alive, the cause and effect relationship could be established and comprehended. If it were possible for Whites to reflect upon their current follies, as well as their sloth and their cowardice, their dire predicament could be recognized as condign punishment for sins of omission and commission, rather than unfortunate happenstance.

Let us suppose, however, that Zeus is in charge, without prejudice, for or against any particular group of featherless bipeds. There is the fable about the teamster whose cart gets stuck in the mud. Being a religious man, he jumps down, kneels in the mud and prays to Zeus for miraculous assistance in freeing his cart from the mire. Zeus is annoyed that the mortal could be so weak-minded, so he thunders from the clouds: “I hear your plea. Now, get up. Put your shoulder to the wheel, whip your horses and push with all your might. Zeus helps those who help themselves!”

This means, White Man, that you have the brains and the brawn to cope with your earthly problems, provided you choose to use them. If you do, good luck! If you don’t, good riddance!

Comments on “Hey Whitey: There’s No Big Sky-Jew Rescue for You”

Splendidly argued – any world view emanating from Rome and Jerusalem cannot encapsulate the creative impulse, for example, as expressed in Richard Wagner’s works. That is one reason why there is this frenzy to eliminate the Teutonic/Germanic/Celtic mindset by flooding European countries with non-Europeans. Unless this creative spiritual world view re-emerges as a serious contender in a battle-of-the-wills, Europeans will degenerate further into oblivion. This need not happen and Juergen Graf’s book offers some advice as to how a destruction of Europe can be avoided, something that Barbara Lerner Spectre welcomes: White World Awake! Stopping the Planned Extermination of Our Volk – https://www.amazon.com/White-World-Stopping-Planned-Extermination/dp/193778732X

‘US bombing Syria to force people to migrate to Europe’