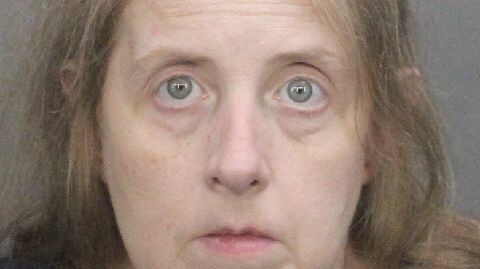 ed note–I am often asked why I have ‘scaled back’ my involvement in this ‘movement’, and the attached story is a good primer as to why.

Take a GOOD look at that face, because it is by no means the face of some isolated, solitary individual. The ‘movement’ has become a playground for every conceivable flavor of nuttery, disinformation, distraction, diversion and in many cases, outright active assistance in what the ‘New World Order’ is trying to achieve.

Mike Piper, RIP, and I used to have a running debate about this entire Sandy Hook Hoax madness, his position being that it ‘ruined the movement’ and mine being that it was merely symptomatic of deeper underlying problems that would make their presence known in other ways in due time.

As it turned out, we were both right. Indeed, the fever of Sandy Hook effectively made idiots of all of us and ruined our collective credibility and at the same time, was not an isolated event, as the underlying problem that made itself known originally with the Sandy Hook business then erupted with the Boston Marathon Bombing Hoax and a whole slew of similar fever-induced fits of madness that have made the entire ‘9/11 Truth Movement’ look like a gang of unhinged, unstable nuts who ought to be locked up.

1. Lenny Pozner is VERY Jewish, along with the judge hearing the case, James Cohn. The fact that two members of ‘the tribe’ (as Jews like to refer to themselves) are playing a central role in all of this must be quite satisfying to groups such as ADL et al who work tirelessly to make sure that the various groups and individuals working to bring light to the nefarious and criminal actions of Judea, Inc are discredited and made impotent in terms of their ability to sway public opinion.

2. Note some of the language used–‘alternative facts’ and ‘denier’, 2 very loaded terms that have long reach in terms of their implications, the first being associated with the Trump administration and the 2nd of course being tied to Hollerco$t ‘denial’. With one motion, Trump–hated by organized Jewish interests for what he intends to do in the Middle East–is tied to the nuttery of Sandy Hook hoaxerism, while at the same time, all genuine, scholarly research into the impossibility of the Judaic narrative known as the Hollerco$t is made into a big joke.

To his credit, Lenny Pozner, whose son Noah was killed at Sandy Hook, got it right when describing not only the Sandy Hook Hoaxers, but as well, a substantial number of those proudly holding membership in ‘the movement’, to wit–

‘Some of them have nothing else going on in their lives and this gives them a sense of community and a sense of identity…It’s like a cult…Others are drawn to feeling smarter than the people around them who do not believe the conspiracy, thinking, “Oh, I’m awake – you guys are not awake…’